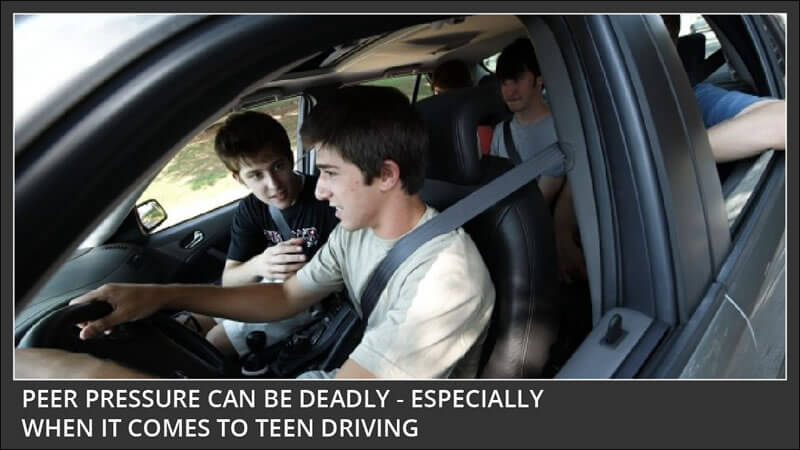 07 May Peer Pressure and Teen Driving 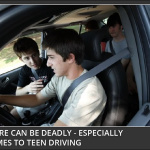 Have you ever felt compelled to make a decision in response to peer pressure? Some teens submit to peer pressure because they want to fit in, be liked, or even avoid others making fun of them. As teens begin to find themselves and form their own identities, they may be persuaded to listen to their peers, even if they may not have the safest advice about driving.

It is not uncommon for teen drivers to make wrong decisions because they are pressured by their friends or peers. Often, young drivers may be encouraged by their friends to blast the radio, drink and drive, read text messages and even ignore the Graduated Driver’s Licensing (GDL) rules! It can often be difficult for teens to stand up to their friends, especially in a large group setting. It is important to help your teen understand the dangers of violating the GDL rules, in order for them to make better and more intelligent driving decisions.

Passenger restrictions under the GDL require that the driver may only transport one passenger. Research shows that one passenger doubles the crash risk, and two passengers quadruples the crash risk! For teens, driving can often be seen as a social and recreational activity that is used as a form of amusement. However, they must understand that driving can be dangerous and these GDL laws are put in place to increase driving safety. For instance, suppose you’re leaving soccer practice and your two friends pressure you to drive them both home, even though that would be violate the GDL. Although you know that this clearly violates the passenger restriction rule, you give your friend a ride. Why? Peer pressure.

Hours of operation for permit and probationary drivers under the NJ GDL restrict driving  between the hours of 11:01 pm and 5:00 am. For teens, this could put a damper on their late night road trips or sly sneak outs.  Suppose your best friend calls you, begging for you to pick them up from the train station at 11:30 pm. Although this clearly violates the rules for hours of operation, you still leave to pick up your friend. Why? Peer pressure.

Decal Requirements under the NJ GDL require all permit and probationary license holders under the age of 21 must display a red decal on the front and rear license plates of the vehicle they are operating. In fact, studies have shown that with a 14% increase in enforcement of the GDL, teen crashes have been reduced by 9%. Amazing!  Despite this very real benefit, many teens (and parents) disagree with the decal requirement because they believe it alerts police and others (predators) that they are young driver, which may cause unwanted attention.  In addition, many teens avoid using the sticker because friends often classify these decals as “uncool” or even “stupid”. But, what is the main reason that teens refuse to follow the decal requirements? Peer pressure.

What can teens do to avoid situations of peer pressure when beginning to drive? A great option is using your parents as an excuse. It is much easier to tell others that your parents will take away your driving privileges if you violate the rules, than simply blaming the situation on yourself. For example, teens could say “If my parents find out I violated the driving rules, they will take away the car!”  Although teens might be throwing their parents under the bus, this excuse helps them avoid the blame (and keeps them safer)!

Although peer pressure may seem harmless, it is no joke. It can become a detriment to the safety of teen drivers and can lead to dangerous situations and horrible consequences. If you are interested in learning more about how to stay safe behind the wheel of your own vehicle, check out one of our car control and defensive driving courses and learn important tips from high-performance driving instructors.

What Do You Want To Do Today?