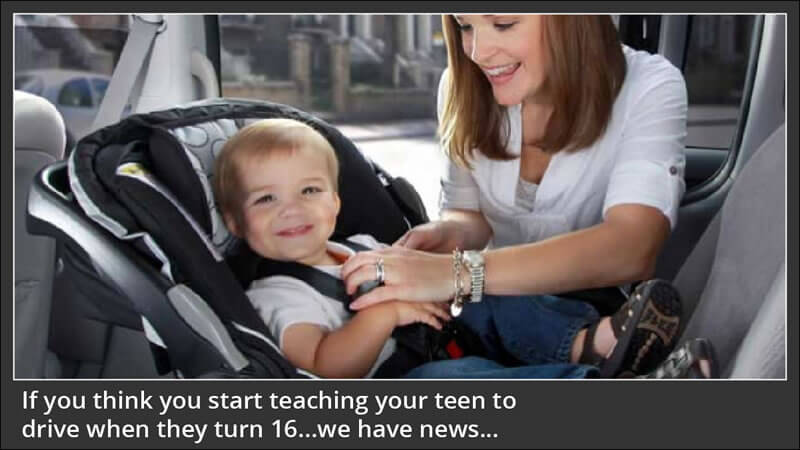 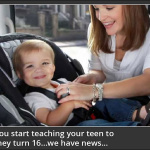 Formalized driver training in the United States begins at various times depending on the state in which you live, but typically starts in the high school classroom sometime between the age of 14 and 16; however, that’s not really when you start learning to drive. The sad truth is that most teenagers have very little driving experience and education before its time to take high school driver’s ed classes. The most experience children have behind the wheel is flying around their driveway in a Batmobile Power Wheels car! And as much as we’d like to believe that’s how easy real driving is, its not. There are many more rules and dangers that come along with the responsibility of driving. Instilling safe driving habits in children as young as four could tremendously improve their driving skills when they become teens.

The idea of teaching a four year old road rules and traffic safety may seem futile; however, in actuality kids have been observing and learning from their parents since their first day their rear-facing car seat was turned forward.

Whether we like it or not, children absorb everything around them, which doesn’t stop when they get in the back seat. They saw the text you sent, They heard the obscenity you yelled to the person who didn’t put their blinker on. Oh, and that time you didn’t wear your seatbelt because you were just going down the block, they noticed that too. While you may not think that being exposed to these “less than perfect” driving habits matter when your kids are still in the carseat, you might just be mistaken. As they say, “children are great imitators…” These observations may, in fact, lead to much of the unsafe behavior we see routinely in teenage drivers.

While you might be kicking yourself now thinking, “I wish my kids weren’t so impressionable,” there is a benefit to this as well: it makes them the ideal students. An instructor will meet much less opposition when teaching a four year old about traffic safety than a 16 year old. In fact, it seems that the younger the “student” the more open they are. Based on the Parent/Teen Driving Survey conducted by Traveler’s Insurance, younger teens are actually much more approachable and open to talking about safe driving conversations. The Survey reports that 67% of 16 year-olds would like to have the driving conversation, versus just 29% of 18 year olds. Once your teenager already has his or her license, it may be too late to get their attention!

Reaching children at a young age allows them to develop the correct opinions and respect of driving and create good habits before any bad habits are learned. By the time these kids will be old enough to begin driving on the road they will already have an appreciation for the rules of the road and an understanding of the importance of safety.

Several other countries have long realized the benefits of early exposure and have designed programs to ensure children are started off on the right foot. Dubai has gained attention for their kids driving program, where children ages four to nine are given the opportunity to learn basic road signs, rules and behavior, and then put that education to the test in pedal cars on a mini driving course.

Japan has also had success with their Kids Driving Park program. Similar to Dubai, children are given in-class training before hopping into electric go karts and maneuvering around a track. Drivers are given directions by instructors which include things like executing left and right turns and approaching traffic lights. At the end of both programs children are awarded with their first “driver’s license” an exciting souvenir to remind them of their experience and hopefully keep them coming back until they are teens.

Hopefully in the future, driving classes similar to those mentioned before will be available in the United States. Until then, the education falls on the parents, and what children are being taught now will translate into what kind of driver’s they are later.

What Do You Want To Do Today?