Do You Eat While You Drive? 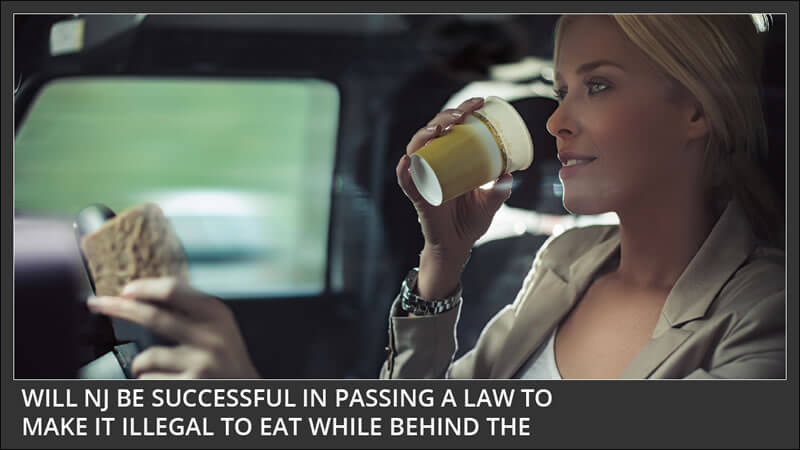 07 Mar Do You Eat While You Drive?

Posted at 04:45h in Blog by Jason Friedman 0 Comments

Whether your taking a bite of a juicy McDonald’s cheeseburger, licking the cream out of a double stuffed Oreo or even grabbing a large handful of spicy nacho Doritos, put the food down while your behind the wheel! It doesn’t matter if it’s healthy or fattening, a small snack or hefty meal, it’s still food and it still causes distracted driving. For many, cars are often treated as extensions of homes. It can function as a storage unit, restaurant, or even personal cinema. However, people need to remember that cars are a privilege and form of transportation that should be taken seriously when it comes to safe driving.

When shoving a Big Mac and french fries down the gullet, are your eyes on the road or are they focused on your lunch? Did you know that New Jersey is attempting to ban people from eating while driving? A new bill has recently been introduced that makes it illegal to not only eat, but also smoke and apply makeup while behind the wheel of a vehicle. The New Jersey State Assembly had voted 12-0 to approve this bill, however it still has to go through the State Senate before the law becomes official. This could mean that for all the drivers who enjoy eating while cruising on the open road; better take your last bite!

Under this bill, drivers could be pulled over for engaging in any dangerous activity unrelated to the operation of a motor vehicle, which includes actions such as eating. The fine for eating while driving would be similar to that of drivers who use their cell phones. It would be $200 for the first offence, $400-$600 for the second, and $600-$800 for a third, which is an extremely expensive price for eating behind the wheel. Who knew your $5 dollar foot long could cost you so much more money?

Although many believe that this new law will be effective in helping eliminate distracted driving and promoting safer roads, some criticize the bill by arguing that it is too vague. They question whether actions such as changing the radio station or using your GPS could be considered as engaging in unsafe driving activity. Unfortunately, we live in a period, especially with the recent technological advances, that have caused driving laws to become much more extensive and complex.

Although eating while driving is not yet illegal, it is still a popular distraction that should not be condoned. Despite how hungry you may be, resisting the temptation to eat while driving is essential to ensure safety on the road. If interested in learning more about how to stay safe behind the wheel of your own vehicle, check our one of our car control and defensive driving courses and learn important tips from high-performance driving instructors.